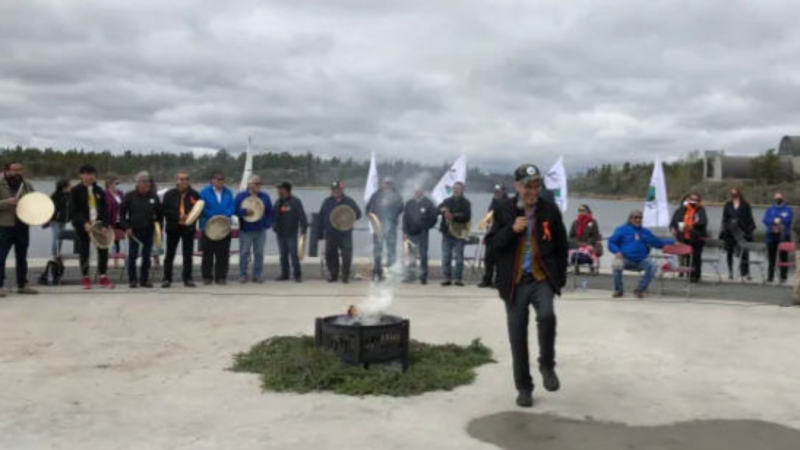 For the first time in 45 years, the Dene Nation is rebuilding its constitution. In August, the document, which will map out the organization's future, will be finalized with input from Dene chiefs across the N.W.T.

It is a "pivotal point" for the Dene, said National Chief Norman Yakeleya.

"Our constitution is more than mere legal framework, bylaws, corporations," said Yakeleya, it's about "coming back to who we are as a nation of people and how we're going to work together for the future."

The constitution will be updated to "reflect today's realities," said Yakeleya.

One of the key changes since the Dene Declaration was originally created in 1975 is the negotiation and settlement of land-claim and self-government agreements in the N.W.T.

It also comes during the 100th year since Treaty 11 was signed, which marked the start of a contentious relationship between the Dene and the Crown. Questions surrounding what that treaty meant for that relationship continue.

"We have our treaties that said … It's a friendship treaty," Yakeleya said,

"But does it give you [the federal government] the right to change our way of life? When did we give up that right?"

It raises the question about what Dene Nation's role will be, as more Indigenous governments begin to govern their own regions.

It will also revolve around unity and "coming back to who we are as a nation of people," Yakeleya said.

"Little did I know how far we have grown apart as Dene … and how the tactics of divide and conquer is alive and well in the North, in Ottawa."

As a residential school survivor, Yakeleya said that the discovery of 215 children buried at the Kamloops Residential School is also top of mind. It has triggered a reckoning for justice and a necessity to hold the federal government, the church and the RCMP accountable.

"It has brought a lot of tears, a lot of questions," Yakeleya said, and the Dene Nation wants to "help our people come together and deal with these traumatic experiences."

Dene Nation's history is rooted in the fight for self-determination.

Leaders across Denendeh, "homeland of the people," assembled to create a unified front against pressures to eliminate the Dene's distinct rights.

They formed the Indian Brotherhood in 1969, which was later renamed to Dene Nation, in the context of the 1969 White Paper, Berger Inquiry, along with the establishment of the Government of Northwest Territories.

The Dene Declaration was created in 1975 to outline and unite the goals of Dene peoples from across many different regions. It was based on the distinct rights of the Dene who have thrived with the land since time immemorial based on their own Dene political and legal systems.

It reads "while there are realities we are forced to submit to, such as the existence of a country called Canada, we insist on the right to self-determination as a distinct people."

According to the declaration, Canada and the government of the Northwest Territories "were not the choice of the Dene, they were imposed upon the Dene."

Yakeleya echoed these sentiments on Thursday.

In the N.W.T., there are only two Indigenous governments still negotiating land claim and self-government agreements — the Akaitcho and Dehcho First Nations.

Once they are finalized, Yakeleya asked if there is "really a need for the territorial government?"

He said the territorial government was imposed by the federal government without the Dene's consent, which was not consistent with the treaty that was signed to inform the relationship between the Crown and Indigenous people.

Yakelya used an analogy to help explain the Dene perspective.

"It's like the Dene have been living in a house, and all of a sudden we've got new people living in our house, with totally different backgrounds and values and principles and they try to change your house," said Yakeleya.

"When you don't follow their way, they punish you, criticize you, belittle you and call you names."

But, that is changing, he said, adding that time is "running out" for the territorial government.

"With our self-governing land claim agreements, do they not realize change is coming? They cannot hang on to something that is not working."

Yakeleya said "it's time for them to release the shackles of our people."