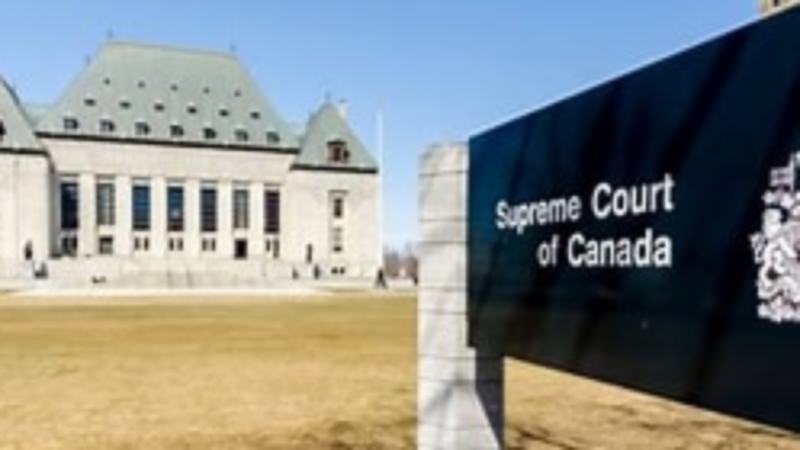 (By Expositor Staff - Manitopulin Expositor - Little Current, ON - June 29, 2022) - Robinson Huron Treaty Litigation Fund (RHTLF) representatives are expressing disappointment with a Supreme Court of Canada decision to proceed with hearing Ontario’s appeal of the Robinson Treaties annuity case. The Supreme Court of Canada has granted Ontario the opportunity to argue its appeal, despite the findings of the trial judge that the best outcome for the annuity case is for the parties to negotiate a settlement of the claim, a decision which had been supported by the Ontario Court of Appeal. Canada did not appeal and has committed to negotiate a settlement of the case.

“Ontario’s appeal is disappointing,” said Ogimaa Duke Peltier of Wiikwemkoong Unceded Territory. He noted that it potentially delays reconciliation and prolongs the denial of justice for the Robinson-Huron Treaty beneficiaries who have been waiting over a century and a half to benefit from the promises set out in the treaty for resource revenue sharing. The annuity was last raised to $4 annually in 1875.

Patsy Corbiere, chief of the Aundeck Omni Kaning First Nation told The Expositor, “The Supreme Court of Canada agreed to proceed to the hearing of the Ontario appeal. Premier Doug Ford had promised in his election campaign to negotiate a settlement and  we have been in negotiations.”

“The appeal is definitely disappointing,” stated Chief Corbiere. “We won two court cases, and we were in negotiations with the province. This announcement is not good news.”

The initial trial concluded that the Crown has a mandatory and reviewable obligation to increase the Treaties annuities when the economic circumstances warrant, reflecting a fair share of the value of the net Crown resource-based revenues generated from the territory.

The judgement went on to say that the treaty parties should negotiate a settlement, noting that the Anishinaabe and the Crown have an opportunity to determine what roles those historic promises will play in shaping their modern treaty relationship.

In the second stage of the court proceedings, the Ontario Court of Appeal upheld the trial decision and  encouraged the parties to negotiate a settlement. The majority decision of the Court of Appeal strongly urged the parties to negotiate a modern agreement for the implementation of the treaty, finding that this is more likely to produce a strong, renewed treaty relationship and that true reconciliation will not be achieved in the courtroom.

“Regardless of the Supreme Court’s decision to grant leave of appeal to Ontario, we fully expect the Crown to come to a similar conclusion, that the Crown promise for resource revenue sharing is an enforceable obligation and will encourage reconciliation through a negotiated settlement,” said Chief Dean Sayers of Batchewana First Nation.

“For over 20 years the Supreme Court of Canada has been stating that reconciliation is a key imperative embodied in section 35 of the Constitution Act, 1982, which affirms Aboriginal and treaty rights,” Chief Sayers said. “The honourable course of action for Canada and Ontario is to work with us to achieve a negotiated settlement and not delay the inevitable, that the Crown made a commitment in the Robinson-Huron Treaty and the law requires the Crown to live up to their legal obligations.”

The case is scheduled to proceed to stage 3 in October with the focus being on determining the value of the compensation owed and the respective liabilities of Canada and Ontario.

“It is a fundamental value of the Anishinaabe, and we believe it to be a fundamental value of Canadians, that when the government, the leadership of the community, makes promises to the people the government must keep those promises,” said Chief Sayers. “Stage 3 of the case must proceed, we have heard the support from the Canadian public of fair compensation for our land and we are optimistic about the stage 3 proceedings.”

In 1850, the respondents, the Anishinaabe of the northern shores of Lakes Huron and Superior, entered into two treaties with the Crown: the Robinson Huron Treaty and the Robinson Superior Treaty. The Treaties provided for cessation of a vast territory in Northern Ontario and for payment, in perpetuity, of an annuity to the Anishinaabe. The initial agreed upon sum was paid, and an Order in Council declared them ratified and confirmed. In 1875, the annuity was increased to $4 per person, and, in 1877, the Huron and Superior chiefs petitioned successfully for arrears on the increase since the conditions for increasing the annuity had been met long before the increase. The annuity has not changed since.

At stage one, the trial judge interpreted the treaties as requiring the Crown to increase the annuity when the Crown’s net resource-based revenues for the treaty territories are such that the increase would not cause the Crown to suffer a loss. The annuity was to correspond to ‘fair share’ of those revenues, which stood to be determined in consultation with First Nations parties. The Crown was subject to duties flowing from honour of Crown and fiduciary duty, and a duty of diligent implementation applied to the augmentation promise. At stage two, the judge rejected the Crown’s claims as to limitation and Crown immunity. A five-member panel of the Court of Appeal allowed the appeal of stage one in order in part (inter alia), the references to a “fair share” and to fiduciary duty were removed from the order, and the costs award to Huron parties was amended). The appeal of the stage two decision was dismissed.