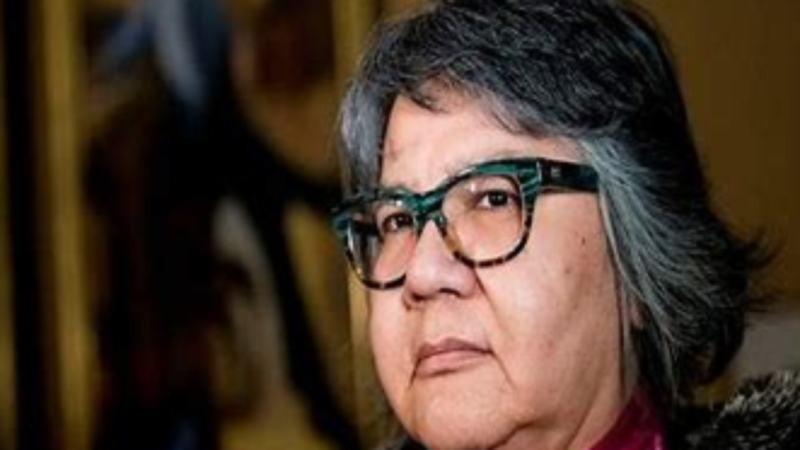 The AFN’s executive committee had suspended Archibald last month. It issued a statement Monday night urging that “issues related to the human resource complaints involving the AFN National Chief do not overshadow the real and ongoing work.”

The statement also called on Archibald to cease actions and statements that “amount to serious breaches of the confidentiality and privacy interests of AFN employees, service providers and others, including making broad allegations of misconduct.”

The suspension was the subject of three emergency draft resolutions to be brought forward at the assembly Tuesday. Only one was addressed before the day concluded.

The resolution, recommended by the executive committee, called for Archibald to be temporarily suspended from her role and functions pending the outcome of an ongoing human resources investigation.

Paul Prosper, AFN regional chief for Nova Scotia and Newfoundland, told the assembly the draft resolution was a “middle path.”

“It is what we believe to be the middle ground for you, as the chiefs in assembly, to validate our decision to allow this temporary suspension of the national chief to continue until we get the result of an investigation, which is ongoing.”

The resolution was moved by Rosanne Casimir, Kúkpi7 (Chief) of the Tk’emlúps te Secwépemc.

“To me, this is embarrassing right across nationally seeing this in the news,” she told the assembly.

“When I look at the importance of truth and reconciliation, this has no room for that within the media. In regards to this motion, it’s just a temporary suspension with pay for that full investigation … those details from that will determine how we move forward.”

However, the majority of chiefs and proxies in attendance Tuesday expressed concerns about the executive committee suspending Archibald and were not in favour of the resolution.

“They made a mistake. They should not have tried to suspend the national chief,” said Khelsilem about the executive committee, which consists of regional chiefs.

“The AFN needs to be fixed,” said Khelsilem.

“The powers of the executive need to be clarified. The separation of administration and politics needs to happen. We need to fix these things.”

The other two emergency draft resolutions will be discussed Wednesday morning.

One, moved by chief Wendy Jocko of Algonquins of Pikwakanagan First Nation, Ont., calls for an immediate end to “this unsubstantiated and unlawful suspension,” as well as for an independent third-party forensic audit into AFN’s financial activities over the last eight years and a third-party investigation into “the climate of toxicity, corruption, gender discrimination and lateral violence at the AFN.”

Grassroots supporters of Archibald waited outside of the Vancouver Convention Centre Tuesday morning to show solidarity.

Ginger Gosnell-Myers is a member of the Nisga’a and Kwakwak’awakw nations, and a former co-chair of the AFN’s national youth council.

“There’s a lot of shady misogyny happening behind the scenes that we just don’t know about as the general public. We don’t want to stand for it,” she said.

She said during her time with the AFN, she witnessed sexism.

“We tried to call it out, it was never addressed,” said Gosnell-Myers.

“Here we are today standing behind AFN National Chief Archibald because she’s facing the same sexism.”

During her welcoming speech at the opening of the assembly Monday, Archibald did not address her suspension but said, “I know we will be able to walk through this together.”

Archibald alleges that she’s being targeted for calling for a forensic audit.

“It’s not an HR matter,” she told reporters before entering the convention centre.

“AFN needs to be cleaned up. It needs to be healed, and it’s a part of my lifelong work of transparency, accountability, and truth.”

A number of chiefs, and grassroots supporters sang and drummed her into the building.

The annual general assemblies are means for First Nations leaders to set priorities and strategic direction. The agenda includes discussions and resolutions to address clean drinking water, housing, missing and murdered Indigenous women, child welfare, policing, and many other priorities to First Nations across Canada.

“We’re looking forward to getting to that business,”