Subscribe to RSS
National Day for Truth and Reconciliation should be a solemn day to reflect, says author 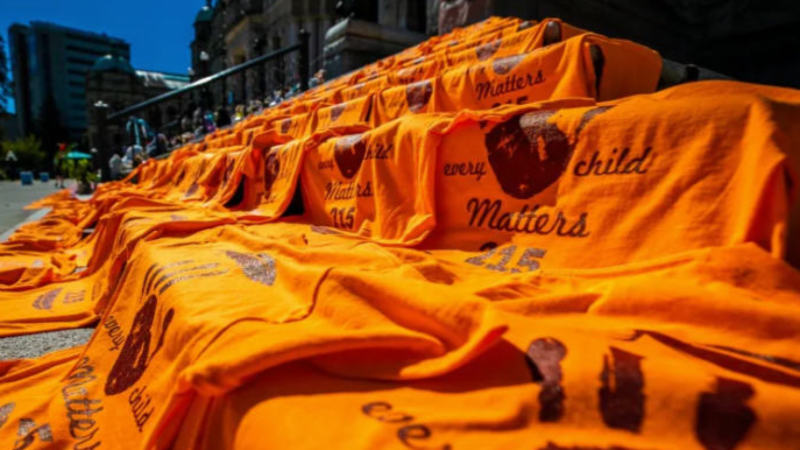 Three First Nations women say Canadians should take time on the first National Day for Truth and Reconciliation on Sept. 30 to reflect on their history and participate in events.

"I really think it needs to be considered in the same vein as Remembrance Day," said Michelle Good, author of the award-winning book Five Little Indians, which chronicles the journey of five residential school survivors.

"It's a solemn day and there should be events associated with it that reflect that solemnity and I really hope there will be," she said.

Good, who is from Red Pheasant Cree Nation in Saskatchewan, said her mother, aunts, uncles, cousins and grandparents were all affected by residential schools.

She supports the new holiday and said she is glad to see heightened awareness around the legacy of the schools.

"[Indigenous people] have carried the burden of educating non-Indigenous Canada about what these schools really were and I think it's a milestone that we've come to, that now the rest of Canada is recognizing that day in particular," she said.

The day has been marked in past years as Orange Shirt Day.

She said she has a few online events that she will be participating in on Sept. 30, and that she will likely have a small feast ceremony for the children who never made it home.

Sept. 30 will be the first federal statutory holiday for the National Day for Truth and Reconciliation. Some provinces and municipalities will also be observing the day.

Emily Riddle, senior adviser of Indigenous relations at the Edmonton Public Library, said despite Alberta not recognizing the holiday, the organization she works for will have the day off.

Riddle, who is Cree from Alexander First Nation in Alberta, said she plans on participating in a women's pipe ceremony, depending on Alberta's public health restrictions.

She said non-Indigenous Canadians need to be mindful of how sensitive this day will be for Indigenous people.

"It's hard because I think that Indigenous people are being called upon to do lots of things for the 30th and I think people have to respect that it is a difficult day for a lot of people that brings up a lot of things."

Isabel Daniels from Sagkeeng First Nation in Manitoba, is preparing small gifts for residential school survivors who are experiencing homelessness in Winnipeg.

As the program co-ordinator at Velma's House, a safe space for women and members of the 2SLGBT community who identify as female, Daniels comes into contact with many people who are still suffering from the trauma of residential schools.

"I see a lot of our seniors, a lot of our survivors, on skid row and in my line of work. It's sad that that's how they're spending their golden years," said Daniels, whose mother attended residential school.

"They're not living a healthy life and are extremely stuck in trauma and addiction.... I just feel that because I see it every day. It breaks my heart."

She said she would like to see more support available for survivors who are unsheltered and are dealing with addictions.

On Sept. 30, she said Velma's House will be hosting a feast and ceremony for unsheltered survivors and that she plans on attending an Orange Shirt Day powwow in Winnipeg's North End.